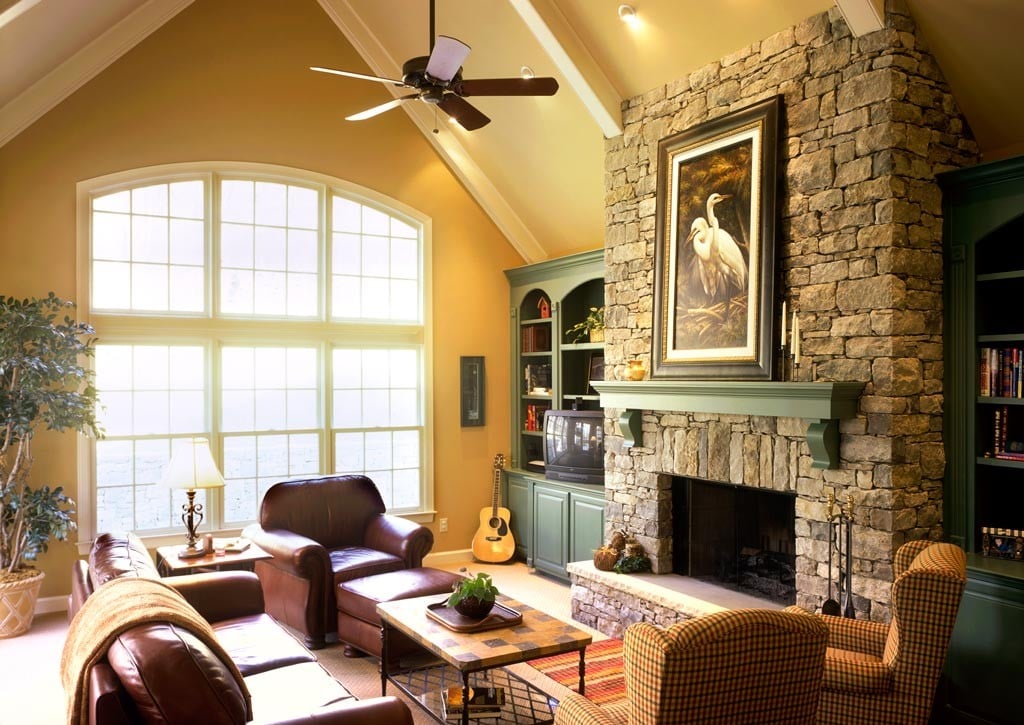 Unlike many sunrooms, the Miloms’ is not just a place to stop by in the morning and drink a cup of coffee. Serving as a family room, the Miloms’ sunroom has become the heart of the home.  It even held the Christmas tree this past holiday season.

“I think it pays to sit down and figure out what you want to use it for, so it won’t just be something pretty in the house,” said Micki, who helped design the room built by Crane Builders in 2003.  “If you add on a room, really think hard about the placement.”

Connected to the kitchen and an outdoor covered porch area, the sunroom is the prime spot for warm-weather entertaining.  With vaulted ceilings and an arched window looking out to a wooded hillside, it serves as a comfortable transition space from inside to outside.  And as it houses the couple’s media equipment, it’s also the place for relaxing anytime of the year.

More than five years ago, the Miloms married and moved into their 20-year-old home, soon finding they needed more space.  In 2003, Crane Builders began an expansion that included building a sitting room on the master bedroom, a detached garage and apartment and the sunroom, which won a Chrysalis award from Qualified Remodeler magazine in 2004.

The couple couldn’t afford to build a sunroom and a family room said Mike, so they built a sunroom and use it as a family room.  That required 18-by-21-foot sunroom to have many family-friendly elements such as a fireplace, bookshelves and the television as well as having the light, open feeling of a sunroom.

“We wanted light and a high ceiling to open it up, but we wanted it to be cozy,” Mike said.

The Milom’s home is an unusual style for Williamson County, leaning toward a Cape Cod or Nantucket.  So Micki spent a lot of time trying to make sure the new sunroom would fit in with the Northeastern style, she said.

She used a native limestone wall running along the back of the porch area outside the sunroom as inspiration for her color scheme.  They chose pane windows and slate tile for sections of the floor to give the room an aged feel.  A trip to Monticello inspired them to add Chippendale trim to the covered porch.

When choosing details from the fireplace mantel to the wood moldings, Micki chose classic simplicity, she said.  “I resisted anything modern.  I wanted it to look 150 years old,” she said.  “They didn’t spare on the big, thick moldings, but they weren’t fussy with a lot of curlicues.”

The kitchen has a door opening onto the sunroom, but the Miloms added a second door leading to the dining room, which “helps with entertaining.  We can get a lot more people in here that way,” Micki said.

“This is where we do almost all our entertaining,” Micki added.  “People seem to always end up here.” 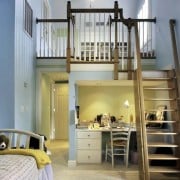 Bedroom Needed: To move or Not To Move
Next
National Association of Home Builders (NAHB) Remodeler of the Month 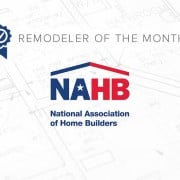 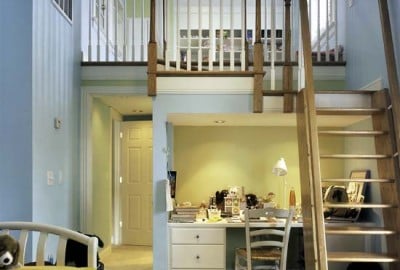 When Paul and Rhonda Keckley bough their 5,000-plus-square-foot Brentwood home three years ago, it wasn’t the first time they bought a house with an unfinished basement. Their previous home had a basement, but back then they had young children, and finishing a basement wasn’t a priority.